Photography has been around for more than a century. During that time, progress has been made, so much in fact, that everyone who owns a somewhat novel mobile phone can take photos. Those few who own really expensive phones can take really nice photos which in some ways rival some of the better dedicated digital cameras which one can purchase. 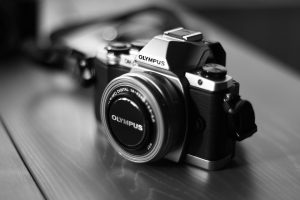 Prior to digital photography, analog photography was the ruling standard. Using a film and a simple camera which would just let light shine through to the film, was the only thing required, as well as lots of knowledge and experience to know how much light to let through and by using which lens. Let us not talk about focus at this moment, either.

Photography may have come far, but people still learn from the previous photographers, enjoying their works of art at the same time. Here are the most influential photographers in history.

Born in 1913 and gone in 1954, Capa was a photographer who was so up close and personal that he even got a nickname for it, the Shark (which is what Capa means in Hungarian). A photographer known for his photos of adventure and combat, he was one of the daredevils who brought back photos from various places others would not dare venture to. An example of his photography and daredevil attitude would be a photo, or rather, various photos from the Spanish Civil War. He also managed to find a way to be there when the D-Day landing occurred. Only a few photos from that event managed to survive, however. 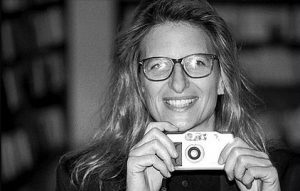 Born in 1949, Annie Leibovitz is an American photographer who is best known for taking photos of John Lennon after his assassination. While that might not be something a person should want to be best known for, it has helped catapult her career since. Her style is portrait photography and it is said that when she takes photos, she tries her best to get to know someone.

A combination of interest and talent, not to mention practice, makes her one of the greatest living photographers.

He was an American photographer who specialized in landscape photography, or rather, taking photos of nature. His most famous photos are of Yosemite National Park and generally the nature in the western part of the United States. He favored black and white photography, even though he was around when color photography was there. He was born in 1902 and died in 1984, all the while having a successful career as a photographer, leaving a mark on the world.

Born in 1944 in Brazil, Salgado is a photographer who traveled all over the world.

A photojournalist, dealing with social documentaries, he went to more than 120 countries of our world, bringing back photos which were featured everywhere. He got a couple of awards for his work, not to mention membership in the American Academy of Arts and the Royal Photographic Society.

These are the most influential photographers in history, some gone, some still taking photos.