A fairly young form of art, street art, became a powerful tool in recent years. Besides creating stunning art displays on the walls of buildings around the world, famous street artists use their pieces to divert public attention to some important problems that our society faces today or send a strong political message. Here are five of the most famous street art pieces in no particular order.

Banksy is a famous street artist from the UK, with pieces that send strong political or anti-war messages. He started the “Girl with Balloon” series in 2002 and, since then, painted many variations of this mural throughout London. Unfortunately, the city painted each of them over, so none remain on the streets today. Several variations of this piece were made by Banksy to send different political messages over the years.

iHeart — Nobody Likes Me

Created by iHeart, this piece in Vancouver, Canada, depicts a very young boy holding a phone, his face contorted in agony because no one liked his Instagram post. This piece shows the irony of being connected via the Internet, and how disconnected we are from each other. We seek validation from others to measure our self-worth to the point where we became obsessed with it. iHeart gained a lot of public attention after this piece was shared by Banksy on Facebook.

Fairley first created a sticker campaign called “André the Giant Has a Posse” while attending the design school. This piece later evolved into the “Obey Giant” sticker the fame of which quickly surpassed its predecessor. As Fairley mentioned himself, the purpose of this artwork is to make people react, contemplate and search for the meaning themselves. By itself, the artwork has no meaning. Fairley later designed the iconic “Hope” poster for Obama in 2008. 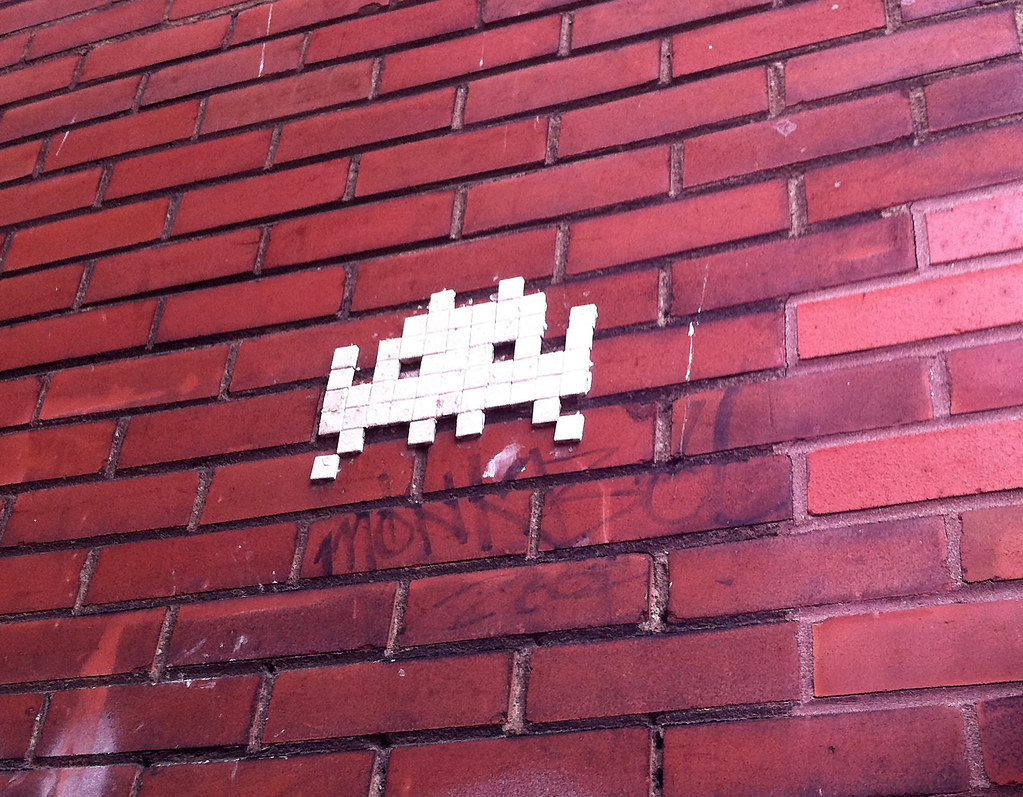 Invader has created murals since 1998. He enjoys creating pixelated murals of superheroes and famous characters from video games. The artist calls himself a “hacker of public places”, and his tilework invades the public spaces and makes them much better. He’s a French street artist, but he prefers to keep his identity secret, conducting interviews and creating his pieces in complete anonymity.

Dmitri Vrubel — My God, Help Me to Survive This Deadly Love

Vrubel’s mural was painted on the remains of the Berlin Wall. This piece is an interpretation of the photograph taken in 1979 where Leonid Brezhnev and Erich Honecker kissed. This kiss was a popular Socialist greeting back then. His mural was destroyed by the German authorities in 2009, during the restorations of the wall, but the artist received a cheque from the gallery in the amount of 3000 euros to come back and repaint it. 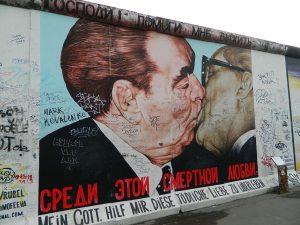